I’ve been stitching quite a bit so that means I’ve had the television on too.  Sometimes I will sit and listen to an audiobook while I stitch but more of the time, it’s the television that’s on.  It’s going to seem like I’ve watched a lot of television but most of these were only 4-6 episodes.

On Netflix, I watched a show called Anatomy of a Scandal.  This one has six episodes and it just flew by.  I don’t think I stitched much while watching this.  I TOTALLY got drug into the drama.

The show is based on this book which I haven’t read.  After watching I was prompted to check to see if there were any of her other books available via my online library.  I really liked the show.

I got the “catch” in the show early on…but that was totally okay.  I still loved it.

If you are a Downton Abbey fan, the gal who played Mary, Michelle Dockery, plays a leading role in this show.  She’s a British lawyer.

Here’s a synopsis:
“Parliamentary minister James Whitehouse is a happily married man with a loving family home, then a scandalous secret comes to light.”

Here is the trailer…

I really liked this show.  The only bad thing…it ended too soon.  I can see that there might be an opening for a season 2 but who knows.

The next show I watched was…
A Very British Scandal on Prime.  This is the second season of the show.

Here is the trailer of it…

I wasn’t nearly as impressed with this show.  The gal from The Crown, Claire Foy is the lead in this show.  She did a fine job…I think the director was a little off with this.  The show really made me feel like I had “missed something as the show opened” and that made me feel a little behind.

I’ve told you that when I read a book there has to be a character I can relate to in order for me to like it.  This show had ZERO people I could relate to.  So while the scenery was interesting.  The actress was awesome.  The story was sad …still nothing I could relate to.

If you watched it, tell me what you thought.  Maybe I missed something.

The next series I watched was The Girl from Plainville.  This show is disturbing.  It is based on a true story.  I watched this on Hulu.  I have told you about this before.  The series just came to an end.  So what did I think?

Here is the synopsis:
“The true story of Michelle Carter’s “texting-suicide” case, exploring her relationship with Conrad Roy III and the events leading up to his death, and, later, her conviction of involuntary manslaughter.”

In this show, I fluctuated from being upset and feeling terrible about how disturbed this girl was and how much help she needed with how awful she was, and how she needed to be punished for hurting this young man.  It was really a rollercoaster ride for me watching this.

The next show I’ve watched is Jo.  It’s on Prime. 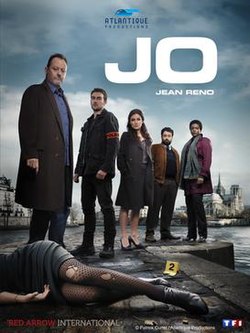 Here is the synopsis:
“Joachim “Jo” Saint-Clair is a veteran detective in Paris’ elite Criminal Brigade, which tackles the city’s most challenging murder cases. His partner is rookie detective Marc Bayard, a college-educated cop whose by-the-book methods are in opposition to Saint-Clair’s lone-wolf methods. Together, the pair match wits with pathological killers to solve their cases. Their supervisor, Beatrice Dormont, is intensely loyal to her team but has a tumultuous history with Saint-Clair. But, ultimately, the team bands together to solve the murders and bring closure to the victims’ families.”

This show was pretty good.  If another season comes out, I would definitely watch it but I have seen other series that I like a little better…

I got totally wrapped up in the show The Staircase.  It’s on HBO Max.

I was familiar with this story before as I watched the documentary, The Staircase on Netflix some time ago.

“The Staircase tells the story of Michael Peterson, a crime novelist accused of killing his wife Kathleen after she is found dead at the bottom of a staircase in their home, and the 16-year judicial battle that followed.”

I was very caught up in the real-life documentary when I watched it on Netflix some time ago so when I saw HBO was doing a drama series on it, I jumped in to watch that as well.  If you like crime whodunnit stories, this one is for you.

Here is the trailer for the show…

This show is unfolding one episode per week.  There are a few out already but not all of them.  So I’ve been watching one each week.  Being I watched the Netflix show, I know what’s going to happen but it still totally has my attention.

I actually would recommend both the Netflix and HBO Max shows even though they are about the same case.

That’s what I’ve been watching…as always, I love suggestions for shows to me occupied while I’m cross stitching.

8 thoughts on “What I’ve been Watching”