I watched LuLa Rich using Amazon Prime.  There are four episodes of this documentary.  I found it very interesting as my niece and daughter Kalissa both sold LuLaRoe for a short period of time.  I owned several pairs of their leggings.

Here is the synopsis of the show:
“LuLaRoe, the billion dollar clothing empire accused of misleading thousands of women with their multi-level marketing platform.”

Last time I did an update on what I was watching I told you about the streaming channel Tubi.  It’s a free channel but has commercials in it.  I have been enjoying more shows from it.  My latest is… Titanic:  Blood & Steel. 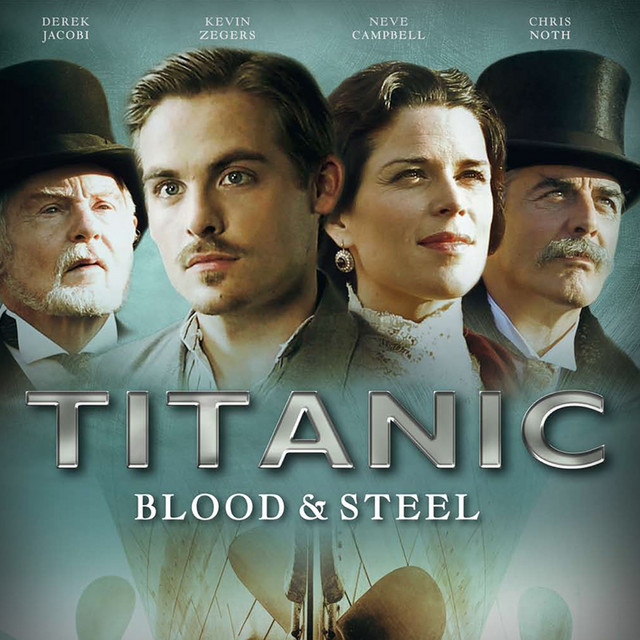 The show might be a good one to watch with a spouse as they focus on the building of the Titanic but there is some drama in the show too.  A spouse might enjoy the talk of steel and building and you might enjoy the costumes and story.  As of writing this, I finished it and I really enjoyed it.  I’ve always been a little obsessed with all things Titanic too.  I don’t know how factual the show is but I’m enjoying it for the costuming, drama, and just general interest in the Titanic.

Here’s an overview of the show.

“The series follows the lives of the people who made the Titanic, from the workers who built it to its rich financiers. Dr. Mark Muir, an engineer and metallurgist, convinces American tycoon J. P. Morgan to hire him for the biggest shipping project in the world, the construction of the RMS Titanic at Belfast‘s Harland and Wolff shipyard. Mark is, in truth, a Belfast native born Marcus Malone. Now, with a new name and identity, he tries to hide his heritage from his employers, as he is Catholic and his employers, the Protestant elite that rule Belfast, dislike Catholics.

While working there, Mark falls in love with Sofia Silvestri, an Italian immigrant. However, during the construction of the Titanic, tensions rise between the lower-class workers and the rich elite. More setbacks stall the construction: Harland and Wolff want to save costs and use cheaper materials, the workers wish to form a trade union, the women suffrage movement heats up in the UK, and the pro Home Rule and pro-Unionist groups battle each other. Mark attempts to deal with these while trying to escape his past.”

Here is the official trailer…

I loved this and highly recommend it.  I so wish the story would have gone on for another season as I was hooked!  Again, find that on Tubi.

As long as I was on a Titanic roll I ended up watching The Titanic…not the one we all remember…and old one from 1996.

Here’s a brief on the show:
“Titanic is a 1996 American two-part television miniseries which premiered on CBS on November 17 and 19, 1996. It focuses on several characters aboard the RMS Titanic during her maiden voyage in 1912.”

I wouldn’t bother with this one.  It was okay but there are better shows to watch.

I really haven’t watched much else as far as television goes.  I told you that I haven’t had a lot of cross-stitching time and the same goes for television time as for me, they go hand in hand.

When I have had stitching time, I’ve been watching floss tube.  For those of you who aren’t familiar, floss tube is on Youtube.  Cross-stitchers talk about the projects they are working on and finishing.  It’s a bit addictive if you are a cross stitcher.

Yep…I have a long list.  I don’t listen to every single episode they put out but I listen to quite a few.  Some of these only have an episode every other week or even once a month.  So even though the list is long, I don’t listen to them all.

I think everyone has a little different list.  I listen to these as they are more likely to stitch something that I too would stitch.

It doesn’t take a lot to entertain me!!  As always, please share what you’ve been listening to.

3 thoughts on “What I’ve Been Watching”