I’ve had a little couch time being I’ve not been feeling tip-top.  It’s had me watching some Netflix.

I finished The Crown.  I really hope another season of that comes out.  I’m sure some it is true…some not.  I can’t image living that life.  It sure has made me respect the life she has lived even more that I ever did before.

I totally recommend this if you haven’t watched.  This series is rated 8.7 from IMBD.

I finished the next season of Braodchurch.  I love the show but have told you all this before.  I liked the newest season as well.

I highly recommend this one.  Some people have started it but didn’t love it after one episode.  Try three episodes.  Here’s the description:  “The murder of a young boy in a small coastal town brings a media frenzy, which threatens to tear the community apart.”

This series is rated 8.4 from IMBD.

After watching Broadchurch I’ve had “suggestions” come up and one of them was River.  I took the suggestion and ended up liking it. 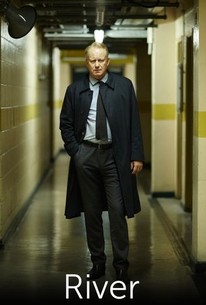 The first episode was a little confusing for me as the description will tell you ” John River is a brilliant police inspector whose genius lies side-by-side with the fragility of his mind. He is a man haunted by the murder victims whose cases he must lay to rest.”

River has a mental illness.  He “sees” people who have died.  Once I figured that out, I liked the show.  I was actually impressed with how it was handled.  It’s good to see people with mental illness not made out to be “crazy”.

I ended up really liking the show and got totally attached to River.  This series is rated 8.1 from IMBD.

From here suggestions took me to watching Shetland.

I really loved this…got attached to the characters.  Was heartbroken in one episode.  I’m really surprised that this isn’t rated higher than the 7.9 stars….Honestly loved it!  I really recommend it!

Here’s the description:  “DI Jimmy Perez and his team investigate crimes within the close knit island community of Shetland.”

From there suggestions lead me to Marcella.

This was not bad.  I didn’t like it as good as River.  This lady investigator is married to a black man.  They are a poorly cast couple.  I didn’t buy that they were together at all.  She seems so common and the husband very career oriented and not her social class at all.

Here is the description for Marcella:
“Marcella Backland left the Metropolitan Police for the sake of her family, only to have her husband leave her. She returns to her job on the murder squad, investigating a case that seems disturbingly familiar to her.”

This series is rated 7.4 from IMBD.

I am currently watching Hinterland.

I like this.  The episodes are 1 1/2 hours long so they get the viewers a little more in depth into the story.    Description: “A noir crime drama set in Aberystwyth, Wales, where troubled DCI Tom Mathias solves murders while searching for redemption.”

This series is rated 7.6 from IMBD.

I am also watching The Killing.

Here is the description for The Killing:
“A police investigation, the saga of a grieving family, and a Seattle mayoral campaign all interlock after the body of 17-year-old Rosie Larsen is found in the trunk of a submerged car.”

This series is rated 8.2 from IMBD.

I am really liking this series.  The investigation of the murder is told more like a TV drama.  There are many characters and viewers get to know them all.

Can you believe me the non-television watcher has watched this much television??  I have but remember I’ve been pretty sick over the last while.  Also some of them are only a few episodes.    I’ll also admit to doing some binge watching.  I got Netflix working in my sewing room so audio books have gotten set aside a bit for some binge watching.