I just finished up the book Wise Men: A Novel

by Stuart Nadler.  I listened to it as an audio book.

It was a really good book and kept my intention.  Here’s what Amazon had to say about it, “Almost overnight, Arthur Wise has become one of the wealthiest and most powerful attorneys in America. His first big purchase is a simple beach house in a place called Bluepoint, a town on the far edge of the flexed arm of Cape Cod.  It’s in Bluepoint, during the summer of 1952, that Arthur’s teenage son, Hilly, makes friends with Lem Dawson, a black man whose job it is to take care of the house but whose responsibilities quickly grow. When Hilly finds himself falling for Lem’s niece, Savannah, his affection for her collides with his father’s dark secrets. The results shatter his family, and hers.  Years later, haunted by his memories of that summer, Hilly sets out to find Savannah, in an attempt to right the wrongs he helped set in motion. But can his guilt, and his good intentions, overcome the forces of history, family, and identity? A beautifully told multigenerational story about love and regret, Wise Men confirms that Stuart Nadler is one of the most exciting young writers at work today.”

I agree with what Amazon said.  It is a good book-the ending had me very surprised.  I found myself purposely finding reasons to listen to it…that’s when I know it’s a good book.

If you are interested, you can find the book, Kindle or audio version here…Wise Men: A Novel.

I also started listening to Kept in the Dark: A Novel 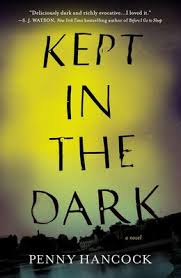 Let’s just say I started listening to this and after three chapters I decided that the book wasn’t worth finishing….I just hate when I get a dud book.