This weekend was tough…Monday was tough too.  We talked to the doctors about it all.  They asked about symptoms.  We answered.

We are to the point that Kramer can no longer eat solid food.  What has happened is that the radiation hits his esophagus and has given it a “sunburn”.   It makes swallowing food very difficult.  Normal food is more of less out and he’s living on cottage cheese, yogurt, puddings, Boost drinks and other similar items including McDonald’s chocolate shakes. 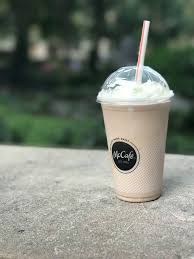 Food was a big way of life for him…for all of us so this has been hard but he’s been a trooper.  We asked how long this could last.  We were told that in would likely last a few weeks AFTER radiation is done.  The last radiation day is May 8th…so asked if he’d have some relief by June 1st…and the answer was yes.  That is a light at the end of the tunnel but seriously, that’s a long tunnel.

They gave him fluids with his chemo today…no surprise, with the swallowing issue, dehydration is now an issue too.

Our biggest concern of the day is headaches.  Kramer has had a lot of headaches through this whole ordeal.  They are “rams horn” headaches.  They start in the back of his skull and radiate around to his temples.  He has them regularly.  Last week when he got steroids on Wednesday and Thursday, the headaches were gone.  Friday and over the weekend, the headaches were back.  This has prompted the doctors to order a head MRI.  They was to do it to make sure that there is no brain cancer.   Yes.  We had one before but that was back in February.  We were told things can change.  We were also told that chemo even if given for lung cancer will blanket the body but not the brain.  So…that is Wednesday’s added event, the head MRI.

Besides all of that about three medicines are either going to be used more of or less of.  I finally told the doctor, this ALL has to be written down.    This is why you should NEVER let a cancer patient go to appointments by themselves.  NEVER!

Also…Kramer isn’t always as truthful as he should be with doctors.  They asked if he was dizzy.  He said only when he gets up.  That is not true.  He’s dizzy much of the time.  He’s compensated for it and now doesn’t realize he is.  It has become his new normal.  Then I tell the doctor no and give examples and then Kramer says…Ya.  I guess I am.  It’s so hard.  I almost feel like I am betraying him in the doctor’s office.  AH!!

Chemo and radiation are done.  As of me writing this, we have 12 radiation and 2 chemos left.  When he got this last radiation the tech said, “Ah, you look pretty tough.”  He does.  They joked about it and then she said, “Ya these next two weeks or so are going to be really hard on you.”  UGH.  We know that and she didn’t say it meanly but UGH.  We were kind of hoping this weekend was only a setback.  We’re beginning to wonder if it’s the new norm.

Now, my report…I’m warning you.  Grab a cup of coffee.  It’s a saga too….
You might remember last week I saw my doctor.  The next day I waited as a checker and got in to have a PET scan done.

The results of my PET scan are nothing abnormal.  Nothing that wasn’t different from the last scan.  So now she wants me to do a whole body scan.

If you have a been a long time reader of the blog you know that I’ve had these before.  I have to be on a diet for a couple weeks that is as free of iodine as I can be.  Then I get shots for two days in a row…the next day a low dose of iodine.  Then the next day the scan.  It’s not that big of deal at all BUT, we live about 2 hours from anywhere that it can be done.

The doctor from Mayo had her nurse call me and schedule it all for the week of May 7-10th.  The call came on my cell phone just as we were leaving Kramer’s appointment in Lacrosse.  The nurse was talking to me telling me this was this day and that was that day.  She kept talking about my “therapy” that I’d get on Friday.  Hmm.  What therapy?  I didn’t understand at all.  After about three “go-rounds” with her I finally figured out she was talking about getting the FULL Radioactive Iodine Treatment.  The doctor never said anything to me about that even being a possibility.  Remember how she said something about “letting the cancer grow”.  I was so frustrated and felt so uninformed.  I’ve told you before that I don’t “love” this doctor.  She’s okay but no “love” on my part.

I hung up the phone and started driving home.  Kramer and I started talking about it and decided that since being sent to Mayo, little in my thyroid journey has changed.  I was originally sent so that a needle biopsy could be done on a “lesion/scar tissue” in my thyroid bed.  That was done.  It was clear.  From there the Mayo doctor took over my case.  She did do a Chest CT which my Lacrosse doctor didn’t do but other than that, EVERYTHING is the same.

Me having my stuff in Rochester, and Kramer going to Lacrosse and us trying to coordinate it all, it’s ugly.  Kramer will still need to get to chemo and radiation while I would travel to Rochester….

So.  Kramer and I talked about it and I decided to make an appointment with my doctor in Lacrosse.  I love her.  I love Lacrosse’s Gundersen Hospital and Clinics.  I value her opinion.  Happily an appointment was open for TODAY at the same time Kramer has radiation.

If it’s okay with her and I feel good after our visit, I’m going to request to go back to her and do my doctoring at Gundersen.  That would be a HUGE relief to us all.  Not worrying about the driving and logistics would be one less thing for us and being back with a doctor I like would be nice.  After all, she really only moved me on so that the needle biopsy with the flush could be done as that wasn’t a procedure they do at Gundersen.  So..I’m hoping this could all work.  I’m hoping it’s the right decision.