June 2nd 2019 is the official day noted as the death of my husband Kramer.  It happened in the night so to me and the kids, it seems more like it was the day before.

But officially:  Today is the one year anniversary.

Not so long ago I was watching a Ken Burns’ miniseries on The Roosevelts.  It was noted that this was the diary entry wrote on the day his wife died…

he had is much worse than me.  “On Valentine’s Day of 1884, just 36 hours after the birth of their only daughter, Alice (named after her mother), 25-year-old future U.S. President Roosevelt held his young wife in his arms as she passed away from undiagnosed Bright’s disease. Incredibly, just hours before, in the same house, he had already said a final goodbye to his mother, Martha. She had succumbed to Typhoid, aged just 48.”

What a incredible man to pull through that tragedy.

…I can say, I fell his sentiment.  I truly did feel like the light was gone from my life when Kramer passed.

This was definitely and 80’s wedding, right??

I had no idea that so many of the men in this picture would be balding.  I had no idea that the two people by my side in this photo…Jody and Kramer would both be gone and I’d only be 53 years old.  Sadly one of our groomsman has passed from pancreatic cancer as well.  Can you believe four of us in the photo have struggled with cancer?

So often when we attend a wedding we imagine the couple years and years and years down the road as an old couple sitting in rocking chairs on the porch in their 80’s.  Sadly, that isn’t what happens to many couples.  It didn’t happen to Kramer and I.  Kramer was plucked out of the world while we just starting to have a life of our own.  The kids had moved out.  We were starting to have grandbabies.  We were just getting to the good stuff.

The light did go out of my world when Kramer passed.

A year ago, I was so wrapped in shock and grief that I couldn’t image getting to this day, but here I am.  Baby step by baby step, I got here.  There were days and times I thought “this is too much”.  I still have those moments but the moments pass and slowly, the light flickers again.  It will never be the same.  I will carry the grief of his loss for forever.

I will forever miss his talent for fixing anything and everything.  I’ll miss his sayings like:  “God didn’t put it together so I can get it apart”.  I’ll miss the look he gave me over his glasses when I said something stupid.  I miss his noon phone call from work every day.  I miss cooking for him and normalcy it gave me.  I miss him poking me in the side and saying “GOOSE”.  I miss the fun we had together doing projects.  I even miss the smell of cow poop and farm he always carried with him home from work.  I miss “stepping into his office”.  That’s what he called sitting on the porch and drinking a beer.  I miss so many things…

I will always say that Kramer was so good at grounding me…and also great at giving me wings.  As a spouse, I think that’s a wonderful quality.  He let me know that home was with him….but he was supportive if I wanted to try new things and stretch my wings.  That meant so much to me and thankfully, I still feel that same sense of grounding and flight to this day.

I’d be remiss if I didn’t do a little public service announcement in this post.  Kramer died from lung cancer. 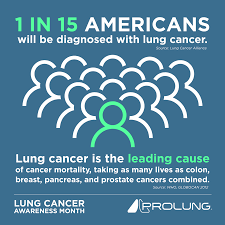 Please know not everyone has all of these symptoms.  For a long time, Kramer would cough and I’d question his cough.  He would say, “I’m not coughing up blood.”  You don’t have to cough up blood to have lung cancer.  Kramer never coughed up blood and he had a large mass.

Kramer would have only had two of shown symptoms.  He did cough.  He was more tired.  Another symptom some charts show is wheezing.  Kramer did wheeze.

Diagnosing lung cancer is so easy.  All that happens is a chest CT scan done.  It takes about 10 minutes.  It’s easy,  not invasive and quick.  If you are a person who has smoked for over 10 years, you can talk to your doctor and request a scan.  Kramer requested a scan after I badgered him to do so.  He talked to his doctor and his doctor was totally on board.

As with any cancer, the earlier cancer is diagnosed, the sooner treatment can happen and the more successful the treatment will likely be so it’s important to be proactive.

If you yourself smoke or you have a loved one who does, this is not meant as a post to convince you or them to quit smoking.  I tried that with Kramer and know better.  People quit when they want to quit, if they want to quit.  So smoke if you want, but please be proactive about monitoring your lungs.  Have a chest CT done if for no other reason than a baseline to compare a later scan to.

When Kramer passed, the light really did go out of my life.  I will never be the same person.  I am coming through …I’m actually proud of myself as this has all been really hard but, please, oh please, if you smoke, get a chest CT scan and save your family much of the pain this last year has brought to me and my family.  You can do so much to lessen your chances or the chances of loved one dying from lung cancer if only you test.  Please don’t take the light out of your loved one.