Our daughter Kalissa just won’t quit badgering me about puppy hunting so I caved in and started looking with her.

Our family came up with a list of what we are looking for:

A beagle.
Female.
A puppy under 5 months old…(this was everyone else’s choice but I am on board too)
Has had people contact including kids if possible…home grown…
Open to being from a shelter…NO puppy mills.
$400 or less…prefer less.
We don’t care about blood lines, we just want a healthy pet.

This is hard….really hard.  It’s not the sadness that’s making it so hard, it’s the way things are done now days or maybe it’s me just being picky….but this is a lifelong pet.  There are somethings that I can’t compromise on.  There are also some things that I didn’t even realize we wanted until we started looking for instance: 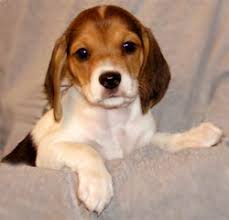 Saddle back or blanket back meaning black backed 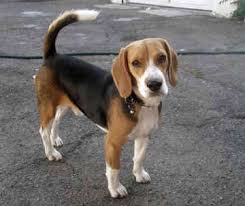 scarf colored meaning the white around the neck 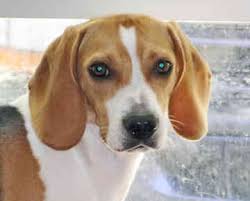 blue beagles which are grayish color 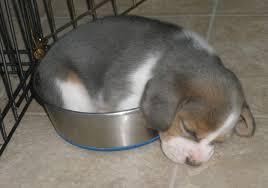 ticked beagles which have coloring in the white 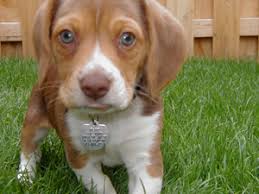 There are probably more that we don’t even know about yet.  We narrowed it down to tricolor…we like the saddle back too but aren’t picky on that part.

We looked online and found this adorable shelter puppy but…

no out of state adoptions.

That discouraged us from looking at Minnesota, Wisconsin or other shelters out of state as we might get the same rejection.  We’d already check Iowa and there were no puppies.

While looking we also discovered that we don’t care if it’s purebred but we want the dog to look like a traditional beagle.  Some of the dogs shelters list as beagles really don’t look beagle like to me.

We found a family that raises beagles about 2 1/2 hours from us and they had this cutie….

I don’t know if I like the ticking color-  I am so used to Gracie’s white color…Kalissa thought the hair looked fuzzy and didn’t like it.  See….we’re being picky.

We did find this little girl.  She was born with a crooked tail so the breeder is selling her much cheaper…1/2 price.  We don’t care about the tail…but how do people just buy a puppy from a picture?  Of course I want an attractive dog but what about personality…I can’t see personality in a picture.  I want to see a litter of puppies and pick one because of how it interacts with it’s siblings.  I don’t just want to pick a picture.  In my life I’ve seen some really beautiful people but didn’t think much of their personality.

Then we saw the cutest puppy here at Lonesome Grove Beagles….check out Allie.   If you want complete cuteness overload check out this youtube video of their pups.  That was definitely cuteness overload.  Those videos even has sad me longing for a pup.  I have a friend that got a beagle puppy from Lonesome Grove and recommended them.  They are in South Dakota.  I love that the picture of the puppies show them outside and social….They don’t have any puppies ready for a while yet and they are on the upper end of our budget but we are keeping them in mind.

Then we saw this puppy….

So-So-cute.  Bella’s in Michigan and that’s a little far.

Then someone suggested a breeder not far from here…well after a call there and the owner said, “We just breed Puggles.  No one wants beagles.”  I moved on.   I want a beagle!!!!!!!!

Then Kelli sent me this picture of some beagle puppies she found locally.

After some questions and answers, two of the tricolors are girls…..they cost $150 and we can come and look at them…now this sounds a little more promising.   Kalissa isn’t happy though.  She doesn’t want to wait until November to get one.  Patience, girl patience.

Then someone gave me a phone number of someone else who might beagles in NE Iowa.  The pups were three weeks old….he thought maybe there was two females but had  no idea if they were the tri-colored ones.  He didn’t know how much they were going to cost because I was the first person who called and gee, he didn’t even advertise yet so how could I have possible gotten his number.  He’s getting back to me later.  I am hoping he just doesn’t know these things and that his wife is in charge of the puppies…otherwise these puppies don’t sound like they are getting lots of attention.

Right now, we’re looking.  We did decided to make an appointment with the local people who have the two tri-colored females.  We’ll see how I feel after that.  I am just taking this one shove (from Kalissa) at a time.