I have a series called Feeding a Farmer. It’s food that can be prepared in a few minutes to make a meal for those last minute meal times.  To find out how this all originated, check out this link.  Keep in mind, none of these foods are glamorous…they are fast…and not bad tasting.

You might remember that some time ago I shared with you my recipe for making Chicken Quesadillas.  We’ve expanded to include Pizza Quesadillas now too.  These are easy, fast and good too!

We have Kelli’s old Pizzaz so we use that.  You can heat them in the oven as we used to do that and it worked fine.

Start out with a tortilla.  Lay it on the Pizzaz (or pan).  Spread pizza sauce on it.  Put pepperoni on it.  Sprinkle it with cheese.

Spray another tortilla with cooking spray and put that on top.  Bake it on the Pizzaz for about 8 minutes more or less until it’s all heated and getting a little golden on the top.

Pop it off the pan and cut it up like a pizza.  It’s really good.  Cut the pieces smaller for a great appetizer or add some veggies and call it a meal.  It’s so quick and easy.

I used to make these in the oven when I had child care kids.  They LOVED them!!  I let the kids make their own so it was even more of a hit. 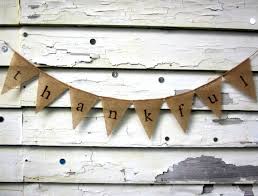 Today I am thankful the opportunity I had in my life to do in home childcare.  It was a job that was a lot of work, but full of rewards.  I learned so much doing childcare.  One of the main things was probably that there is more than one way to raise a child.  As parents I think we often have our own view of the right and wrong way to raise a child….for example, all of my children were toilet trained by the time they were 2 or younger.  I was a stay at home mom and thought that’s how it should be.

Doing childcare, I learned that every family has their own ways and methods and in the end…none are really wrong-just different.  At what age a child is trained isn’t a sign of a good child or bad child….it’s not the sign of good or bad parent either.  It just a right of passage and milestone for kids to cross.  Eventually all kids figure it out unless they have a medical problem.

Taking care of children often meant taking care of families too.  I learned a lot of what happens in individual families by the things kids would say or even their parents would say.  I learned that families were often different from our family but that was all okay…it opened my naive eyes see that those differences is what makes us all individuals.  Rather than seeing differences as something bad, I learned to embrace them.   I loved that childcare helped me be that way….isn’t if wonderful in life that children can teach adults.  I know the kiddos I took care of taught me LOTS!!