The other day, this came up my Facebook feed.  Oh my, did it ever give me a good laugh.

For some of you, you are laughing right along with me.  For others of you, you likely don’t know what is funny.

Are you up for a little story?  Grab some coffee…here goes.

Growing up, my family watched soap operas over the lunch hour.  Mom and Dad both did farming work and when they were in for lunch, they always turned on the television and watched the soap opera that was on.

Dad was more of the watcher than mom was…mom more or less listened while she bustled around the kitchen getting lunch ready.  Dad was die-hard All my Children fan.

We laughed and cried over the life of Erica Cane and her many, many marriages.

That was the noon hour soap on ABC.  Well, sometimes Dad came in from chores a little later so…the next ABC soap that came on was…One Life to Live.

….and sometimes it was hot out so Dad stayed in for General Hospital.

General Hospital was my personal favorite.  I was so in love with Luke and Laura.  I was a religious watcher! 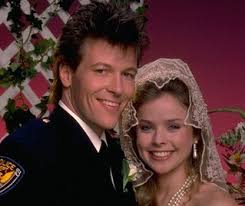 I fell in love with Rick Springfield…

who later went on had a music career singing the hit, “Jessie’s Girl”.

Dad loved the ABC soaps….but sometimes, he would come in before noon and turn the channel over to The Young and the Restless on CBS.

I watched Victor and Nicky be married and not married several times.

Back then my favorite character was Tracey.  You know every character had their flaw and Tracey’s flaw was that she was supposedly overweight.  I related to her and loved her….She was FAR from overweight!!  Oh my.

I don’t want you to think my dad sat in the house all day watching soap operas.  He didn’t.  He was just an unusual farmer.  He chose to be in the house over the hot part of the day and have longer lunch vs being done early in the evening.  He wasn’t in for the night until 10:30pm.  It was his way…and I think he liked soaps.  It was okay with me.  It was something we had in common.  I liked them too.

Well, I went to college and took my dad’s soap opera habits with me.  I watched the same shows he did, but the show that I always tried to catch was General Hospital.  The other ones I might catch once a week or so if my college schedule allowed…but General Hospital was the one I worked my schedule around.

Then I met Kramer and a year later we were married.  College was done for me.  We moved to the Grand Meadow/Stewartville area in Minnesota.  That’s where Kramer was from.  We were dirt poor.  It was the 80s.  Kramer was a young farmer and he was going broke.  We had no money…seriously…no money.

Here’s the proof.  We had two televisions.  One had sound and no picture.  The other had picture and no sound.  I am dead serious.  So what were we poor newlyweds to do?  We stacked the televisions on top of each other, tuned them to the same station, and watched one television while listening to the other.  Somedays the actor’s mouth and the words didn’t completely match but I was a dedicated soap opera fan so what’s a girl to do?  Those were the “good old days”.  Thinking about it nowadays makes me laugh!!

Imagine my consternation when I tuned them on the first time only to realize the only channel we got was channel 10, KTTC out of Rochester, Minnesota.  Oh, my word.  I was heartbroken.  KTTC was an NBC station.  I didn’t watch any NBC soap operas.  What was a girl to do?  In comes….Days of our Lives.

I loved Steve and Kayla….I loved Bo and Hope.

About then we moved and were able to get other channels, but I stuck with NBC and Days of our Lives.  I’d put the kids down for a nap and watch while I bustled around the kitchen cleaning up the lunch dishes and prepping supper.

I wasn’t in love with the show when Marlena became possessed.

I hated the Dimera family.  Stephano was the patriarch of that family and he was terrible. 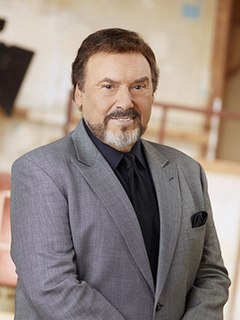 He did every bad thing any writer could think of.  He held people captive.  He died and came back to life.  He had all the money in the world so could afford to hire any hitman or bad person the writers could think of.  He was behind every bad thing on the show.  He was known as The Pheonix as he always came back to life…and in the show, he did.  Viewers, like me, would think he was dead.  Then a year later mysterious things would start to happen and there he was acting the puppeteer and pulling all the strings behind the scenes to make terrible things happen.

I had the BIGGEST laugh.  My late 20s and early 30-year-old self believed it all…It really could be Stephano once again playing the puppeteer and pulling the strings to make this year one all of us will remember.

On a side note…I quit watching soaps in the early 2000s.  For a bit, I would nap my childcare kids and listen while I cleaned up the kitchen but that soon faded, and instead, I prepped activities for the kids over naptime.  I did a quick Google search to see what soaps were being produced today…

“Today, only four of them remain — The Bold and the Beautiful (CBS), Days of Our Lives (NBC), General Hospital (ABC), and The Young and the Restless (CBS)“.

Funny…I have ties to three of the four of them.  I wonder if I could pick up and start watching again….Hmmm.  Do you suppose anything has changed?  Likely not as I’m sure any characters I remember look just like they did back then thanks to plastic surgery.

So my curious mind wants to know…was I the only one who watched soaps?  What was your favorite?

41 thoughts on “Days of Our Lives”